Do Relationships Have a Thirty-Day Warranty? 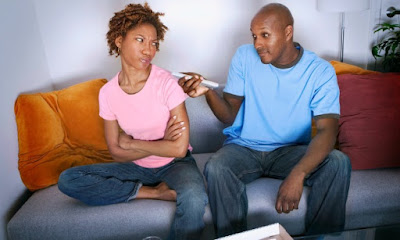 You meet someone and you instantly hit it off.  You share so many commonalities that it borders on terrifying.  You’re like a pair of teenagers, going ga-ga over each other via the various forms of communication the 21st century has to offer. You enjoy time spent together and you look forward to the next date or two.

Long story short, you may have seemingly found the one the Lord has for you.

You've hit the thirty-day mark.  The newness of the relationship has worn off.  Sure, you’ve gotten over your leeriness, thinking that things may go south, and you two have grown very accustomed to each other.  Little idiosyncrasies that you may have overlooked are now wrecking your nerves.

You’re still crazy about each other, though.

In my humble opinion, this is the phase that really determines what direction the relationship is truly heading.  How will you two deal with a serious clash and/or major disagreement?  What will be the fallout of an argument?  Will there be moments...or even days...of silence between the two of you?

I know these questions can be anxiety-inducing, but never fear; the aforementioned scenarios are considered growing pains and they can help shape a serious and productive relationship.  An argument here and a disagreement there doesn’t mean the relationship is in shambles.  However, be mindful of the frequency of such dissension; that may indicate a deeper issue somewhere.

With all of this being said, enjoy the journey with your darling.  Enjoy each other, just do not be afraid to respectfully address your concerns with them.  Communication is vital. Learn to listen twice as much as you speak; that way you will not miss what they’re trying to say to you. You’d be surprised as to what you may learn about yourself.

It’s alright to be happy, so don’t be afraid to enjoy your relationship journey.